You are here: Home1 / Our Staff

Always on the move, Dale provides leadership and vision for Dutch Way.  Whether working with clients, his staff, or crew members, Dale uses his expertise to guide solutions.  Dale enjoys hunting and fishing in his spare time. He lives in western Rockingham county with his wife and 4 children.

James has been with us since 2001.  He is our outside sales force, hitting the road early most mornings and spending most of his day meeting homeowners and contractors.  He helps determine which style of fence or railing will work for your project and gives you an expert estimate.  James also fills in at the office and shop, or on a crew when needed.  You’ll notice his ever-present cheerful smile and helpful, courteous attitude.  He’s even happy in the mornings!  James enjoys shooting, bike riding, and farming.  He loves spending time playing with his 5 children.  James, his wife and children reside in the southern part of Rockingham County.

Angela has worked at Dutch Way since 2002 and keeps our operation running smoothly.  Efficiency is her middle name!  She not only answers phones and helps customers; she also schedules all the jobs and estimates.  Every morning Angela sees that the crews know where to go and when to be there.  Anytime we have questions, she’s got the answers or gets them.  Angela and her husband have 2 daughters, one in college and one in high school.  She spends her spare time at football games, cheerleading competitions and softball games.  Angela is also an Independent Distributor for Premier Designs Jewelry.  She lives with her family in Shenandoah County.

Mark has managed our Stuarts Draft store and taken care of sales since 2003. When our crews stop in at Stuarts Draft, he always has a joke and a soda waiting.  In his spare time he loves to hunt and fish. He resides in Augusta County with his wife, and has two sons in college.

Stacy has been our supervisor for the fence section crew since 2003.  If you are having a fence installed he’ll be around after the post crew to install the sections and gates.  Stacy’s attention to detail will finish your job to the highest standard.  Stacy loves a good laugh and enjoys spending time with his family and friends.  He resides with his wife and 3 children in the northern part of Rockingham County.

Claude has been with Dutch Way since 2003.  He works with customers from beginning to end on their deck, pergola and porch projects.  He is a man of few words and always gets a lot done.  He changes the face on houses all around the valley with quality decks and porches.  In his spare time he enjoys spending time with his family.  Claude and his wife live in Rockingham County with their daughter and two sons.

Linda has worked at Dutch Way since 2005.  While keeping us organized and balanced, Linda makes everyone feel special.   She works part-time and when she’s not around we miss her smiling face. She resides in Rockingham County with her husband one of her five children.  She loves to spoil her grandsons!

Aaron has been at Dutch Way since 2014.  Aaron  is the son of Mark Manager/Sales Stuarts Draft.  He heads the crew that installs porch/deck railings and screen porches.  He’s always got a big grin on his face.  He is willing to do whatever it takes to get his jobs done right.  In his spare time Aaron enjoys hunting and fishing.  Aaron  lives in the Northern part of Augusta County.

Micah has worked at Dutch Way since 2007.  Micah’s outstanding work ethic has earned him the Supervisor position.  He works hard all day installing fence posts.  We love his happy smile and caring personality.  Micah spends his spare time working in his turkey houses.  Micah lives with his wife, son and daughter in Rockingham County.

Carson joined Dutch Way as a part time employee in 2008.  He has been full time since 2012.  Carson also helps his parents on their farm in Rockingham County.  Carson enjoys keeping up with the LA Dodgers in his spare time. Carson is willing to learn and do any job that is asked of him.

Jesse joined Dutch Way as a full time employee in 2013.  He currently works with the Fence post crew but he has worked on the Decking crew as well.  He brings a fun-loving attitude and meticulous work ethic to whatever job he is working on. Jesse resides in Harrisonburg.

We can help you initiate your project and streamline the process. Let’s get started!

Our customers love
our work. Here’s why.

Dutch Way came this morning to begin the process of our vinyl fence. They have been extremely polite and easy to work with, knowledgable, patient and professional as we changed our minds a few times about what we wanted. Our fence posts are just starting to be put in, but I would already highly recommend them! Can’t wait to see the finished product.

Only place to go if you are looking for a quality fence at a reasonable price. The staff are professional and care about doing a quality job and making the customer happy. Thanks for everything Dutch Way! I wouldn’t use anyone else!

Dale and the team at Dutch Way are consistent with exceptional customer service. I always appreciate the personal attention and recommend Dutch Way to anyone in need of their services.

Get the inside scoop about the newest trends, products and techniques in the fencing, railing and decking world. 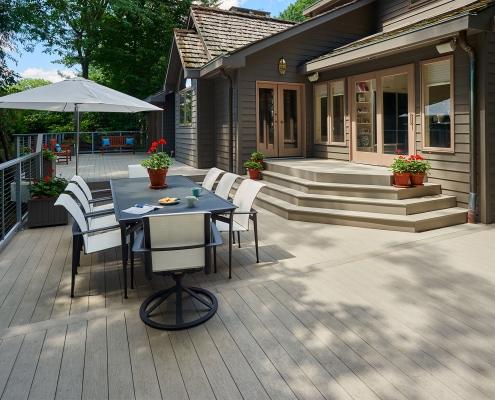 A new deck railing can overhaul the look of your deck. Replacing your deck railing is a great DIY project, and choosing the perfect railing is easy with Dutch Way.
END_OF_DOCUMENT_TOKEN_TO_BE_REPLACED
https://www.dutchway.com/wp-content/uploads/2022/09/wolf-decking2.jpg 1334 2000 dutchway_admin /wp-content/themes/dutchway-enfold-child/images/dutchway-logo.svg dutchway_admin2023-01-17 12:41:472023-01-18 15:44:23Composite vs Wood Decks — What’s The Difference? 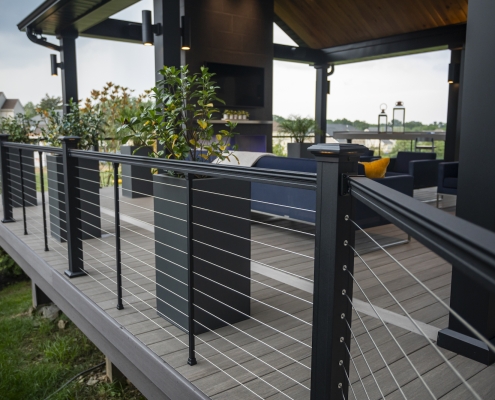 A new deck railing can overhaul the look of your deck. Replacing your deck railing is a great DIY project, and choosing the perfect railing is easy with Dutch Way.
END_OF_DOCUMENT_TOKEN_TO_BE_REPLACED
https://www.dutchway.com/wp-content/uploads/2022/09/SuperiorPlastics_Warrington-0003.jpg 1333 2000 dutchway_admin /wp-content/themes/dutchway-enfold-child/images/dutchway-logo.svg dutchway_admin2022-11-11 11:49:012022-11-11 11:53:08Update The Look Of Your Deck With New Railing!